Home  .  Blog
The last hermit of Merano
The mountains above Merano hold many secrets, one of which is about the "Garchn Sepp", Merano's last hermit. The Garchn Sepp died last week at 86 years old.
He was a grumpy fellow, Sepp. "Wos willschn!!", was his normal greeting formula, when I greeted him friendly several times in a row, without him taking any notice. Most of the time he was at work, despite his advanced age, he spent most of his time in the forest, chopping up fallen trees and branches with a handsaw above and below the paths.

Right - the paths: To reach the Garchn Sepp was not easy: you could only reach him through a hidden hiking path: This branches off to the right from hiking trail No. 2 , which leads from Merano to Hafling. The condition of this path was always perfect, probably it was the Sepp himself who maintained it and kept it in order for the few who visited him and wanted to enjoy the magnificent view from his property. 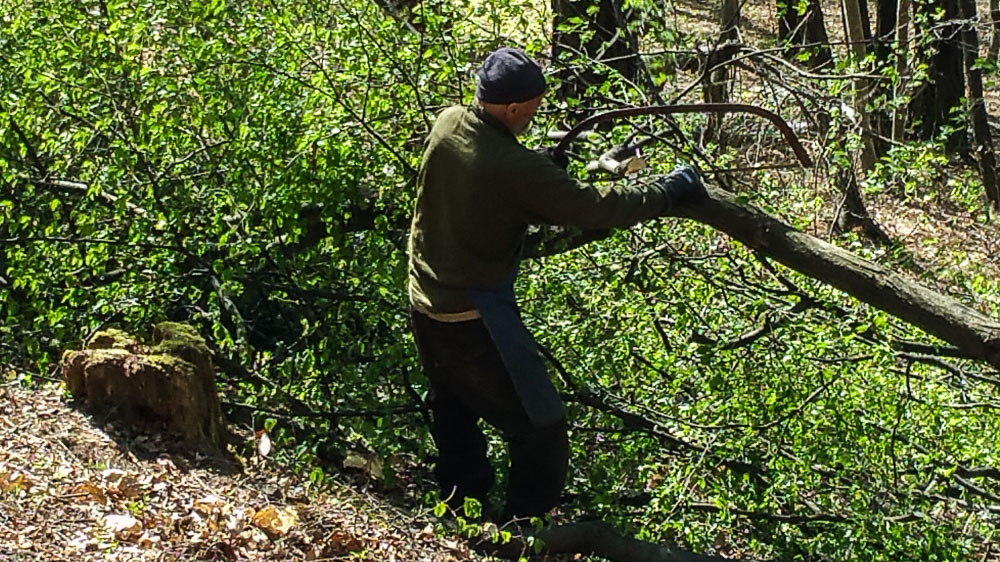 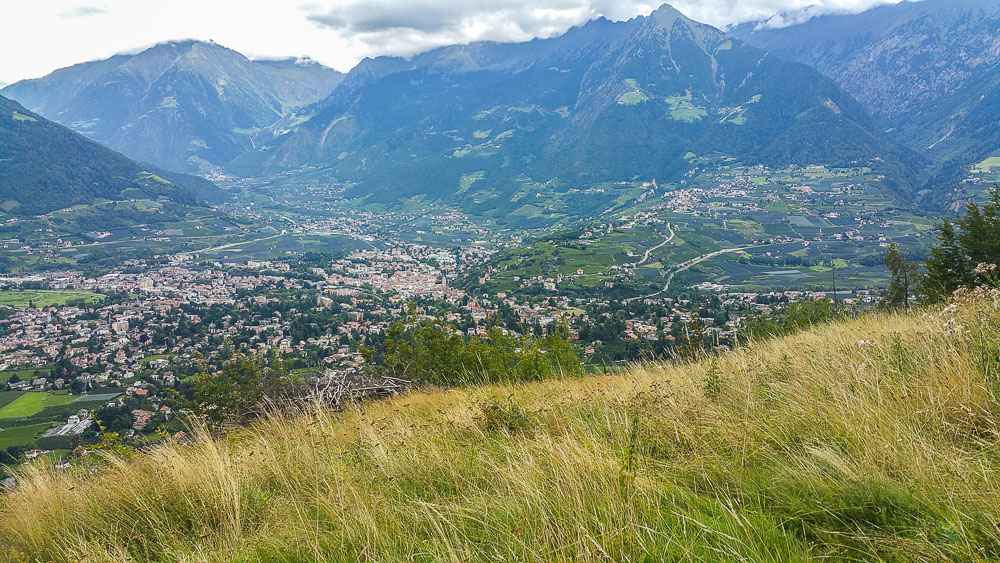 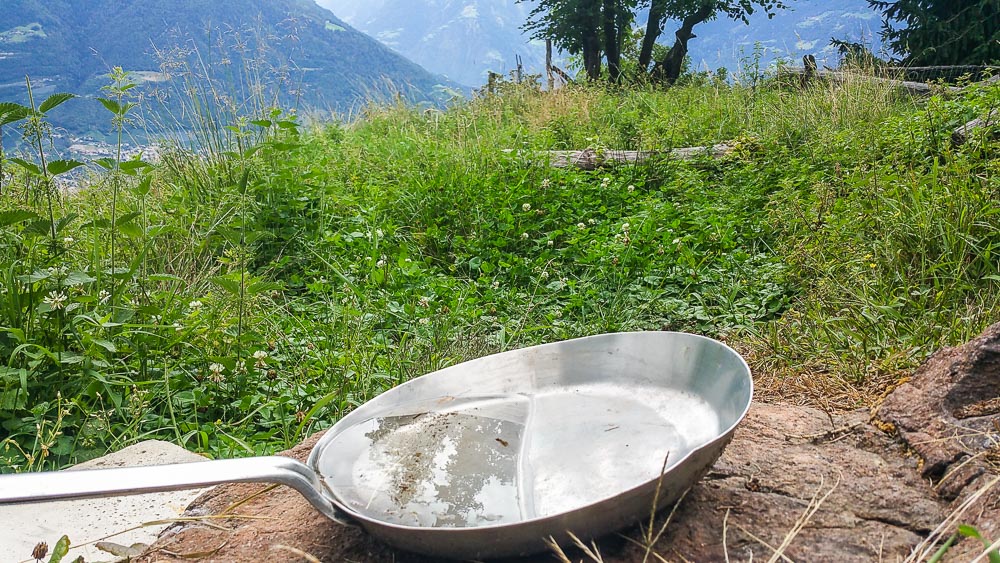 His property- the Gartenkofel was a small plateau on a rock above Labers/ Merano, at a sea level of about 800 meters, from where you have the sometimes most beautiful view of Merano. And what a view!! Thanks to its location and orientation, the Gartenkofel is a little paradise! So sunny and warm that even at this sea level cacti grow on the barren rock, which drops steeply towards the city.
A few initiates always looked after him, those who brought some wine were allowed to make themselves comfortable on the rock to enjoy the view from here.

Sepp lived as a loner for many years on this property, in a small wooden hut under - to say the least - rather precarious conditions. With his 2 sheep. But he didn't want it any other way and was content. There were rumors that he sold his large farm in the Kalm Valley (Passeier Valley) to settle alone on his rocks above Merano. Sporadically one saw him also in Merano, where he, always with his ancient wire bicycle the most important errands carried out.

Yesterday I was at the Gartenkofel to pay my last respects to Sepp up here and to enjoy the view again. I will miss him, the oddball, but with his magnificent view & location was allowed to call himself the king of Merano.

p.s. The video recordings were made in spring 2015, with permission from Sepp.