The Wurzer Hut is nestled between meadows and forests above Hafling at an altitude of 1707 meters above sea level. The alp belongs to those alpine pastures of Avelengo, which are not located in the skiing and hiking area Merano 2000, but further north, just below the grandiose mountain ridge, which connects Merano 2000 with the "Stoanernen Mandlen".
Accessibility of the Wurzer Hut
The Wurzer Alm can be reached on foot or by MTB both from Avelengo and from Merano 2000. From Hafling it is best to follow the well signposted hiking trail ? 2, which leads partly on old flagstone paths and narrow root paths through romantic larch forests. For the ascent, which leads over 500 meters in altitude, you should allow between 1.5 - 2 hours hiking time. From Merano 2000 via the long-distance hiking trail E5, which leads past the Merano Hut to the Kreuzjoch, from there descend in a westerly direction.

What awaits you at the Wurzer Alm:
Lots of animals! Lovingly cared for and hand-tamed, pigs, horses, peacocks, goats, roosters, peacocks, rabbits and cats live peacefully together right around the alp. And of course cows. 130 cows are entrusted by the Haflinger farmers to the alpine farmer Markus, the husband of the alpine farmer Ulli during the summer, in addition to 20 horses, which are under his careful care. One feels it directly, how it pulls Markus after the rush hours on the Alm again on its horse, in order to see with it on the surrounding pastures after the right!

The hut
Not for nothing was the Wurzer Alm awarded the most beautiful alpine hut in South Tyrol: A well-kept terrace with wide wooden tables and decorated with loving flowers, nestles against the back of the hut, while at the front comfortable deck chairs invite you to a short rest in the sun. Some steep steps lead to the parlors inside the hut itself. From here, the view glides over gentle woods and the green, lush meadows all around to the mountain range above the Adige Valley and the Texel Group. A small playground is available for children. There is a relaxed, peaceful atmosphere all day long. 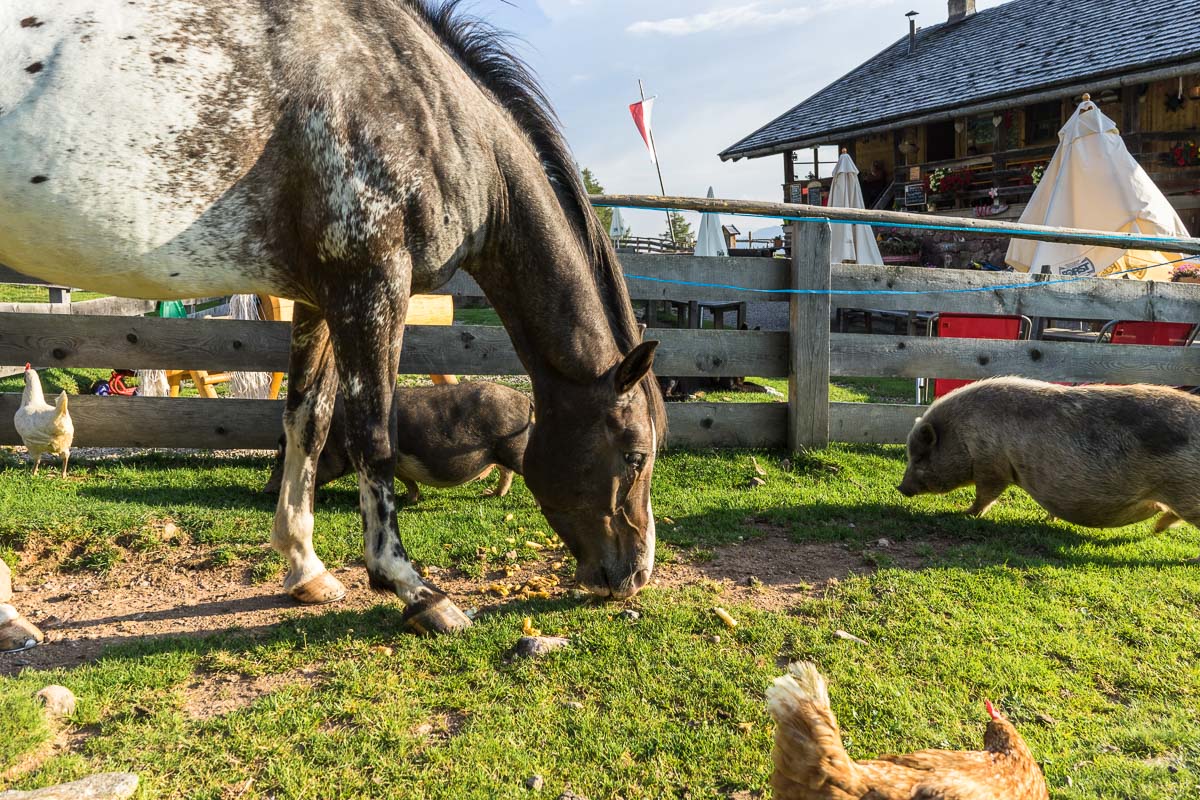 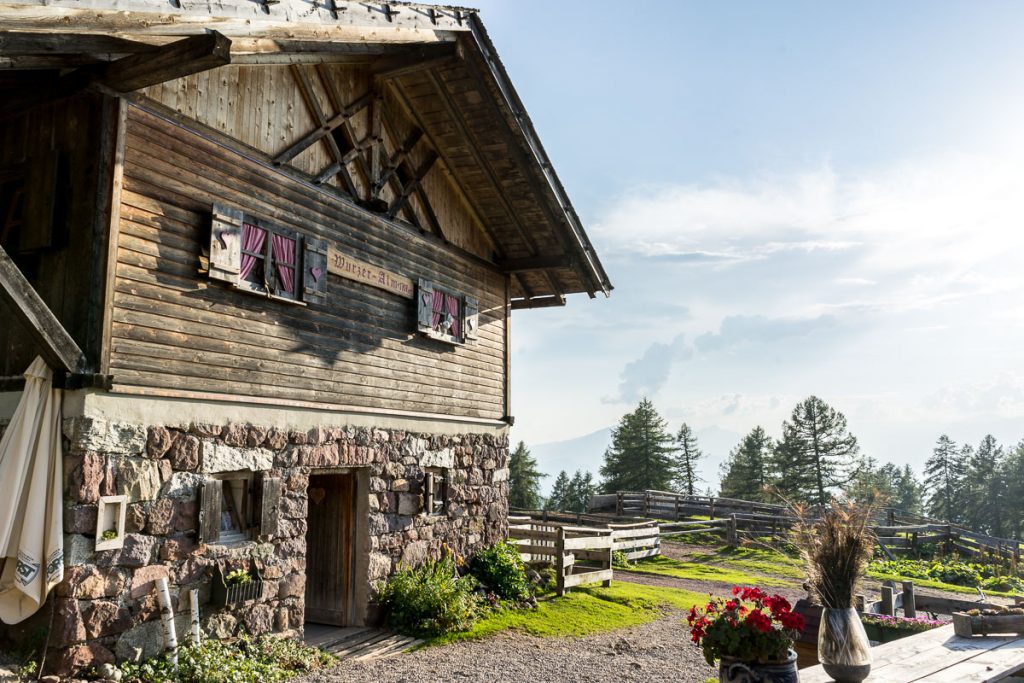 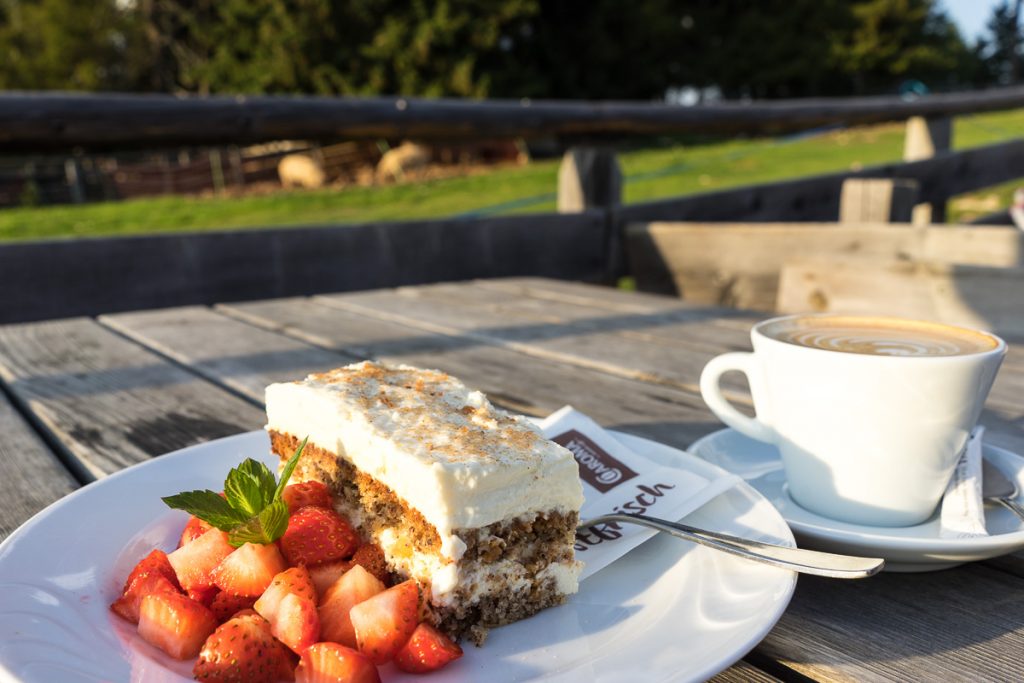 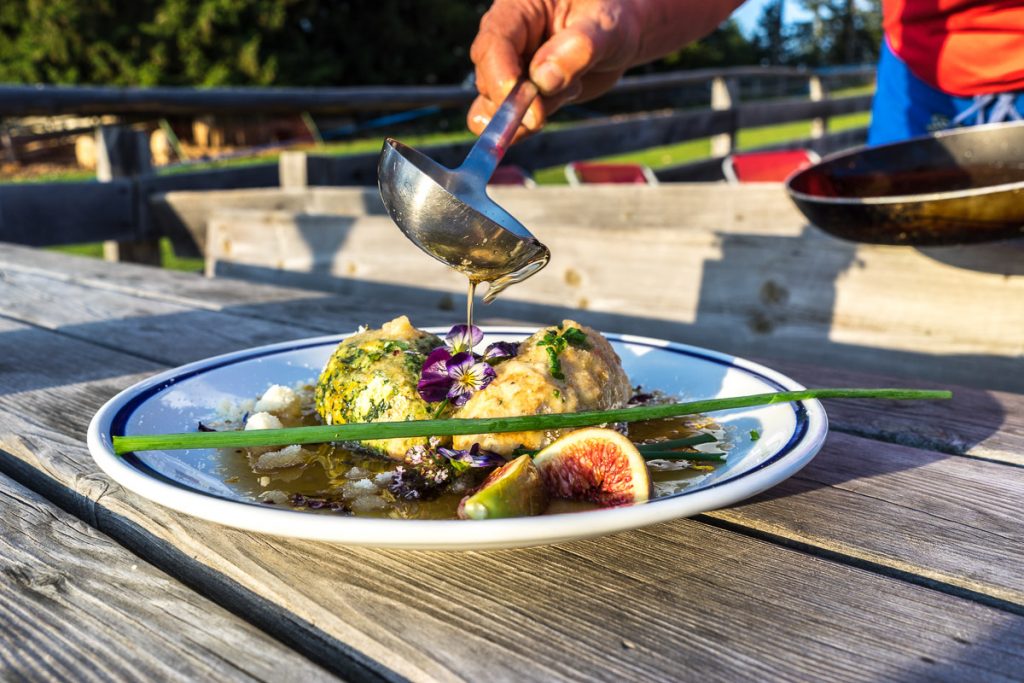 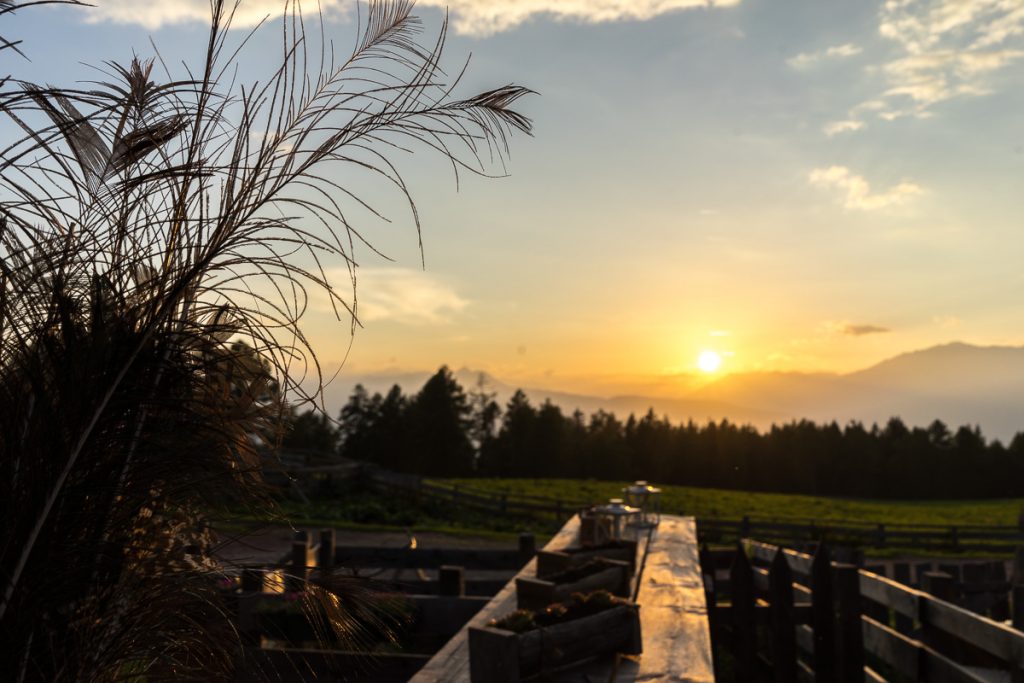 Ulrike. And her dishes.
What host Ulrike prepares in her small kitchen is - to put it mildly - fabulous! Prepared with fresh ingredients, which preferably come from the pasture itself or fresh from the region, Ulrike bangs true creations on the plate, which in direct comparison would drive so some top chefs the blush in the face. Cooked and prepared to perfection, infused with subtle flavors and decorated with joy, these masterpieces arrive on the sun-drenched terrace thanks to the nimble assistance of family and staff. Probably behind the good mood of the Ulrike are the many compliments and tributes, which she receives daily for example for her fine pumpkin cream soup, the cheese and Blaukraut Nocken and the Buchen -Mascarponeschnitte?


The Wurzer Alm is an ideal destination for all those who, after a pleasant hike, want to enjoy exceptional South Tyrolean alpine food in a fine, well-kept alpine hut.

<  All Alpine Huts in Merano
Hotel Merano
Wellness Retreats
Hotels with infinity pool
More
Innere Schwemmalm Hut
Malga Naturno Hut
From Plan in Val Passiria to Lazins Hut
We use cookies and other technologies on our website in order to offer you the full range of functions of our offer. For example, we use cookies for analysis purposes, personalised content and advertising. By continuing to use our website, you agree to the use of cookies.
OK Read more